Best suited for spending holiday with your family, CorbettExpert.com offers you comfortable stay at amazing resorts in Jim Corbett.

With a brilliant blend of top class amenities and natural beauty, we try to make your trip luxurious as ever, with our best resorts in Jim Corbett.

Feel the rush and experience the night coming alive with a rustic and raw feeling inside Jim Corbett National Park, at government guest houses in the heart of Jim Corbett.

We at Jim Corbett Expert offer cheap travel plans. Choose this plan for a budgeted travel. We make arrangements in Jim Corbett resorts which offer comfortable stay at low tariffs.

Jim Corbett - About The Place - An Overview

Tucked away in the foothills of Himalayas is a beauty in disguise of a national park, a place that we so fondly refer to as the ‘Jim Corbett National Park’. Ideally located in Nainital district of Uttrakhand, the Jim Corbett National Park is coined to be the oldest national park of Asia. The place is backed by a rich cultural heritage that substantiates the story behind its name at different points in time. Being called as ‘Hailey National Park’ during its formative days, its name stemmed from Sir Malcolm Hailey, the Governor of United Provinces. Later, during the years 1954-55, its name changed to ‘Ramganga National Park’ owing to the prominence of Ramganga River in its vicinity.


Soon after, the park was named ‘Jim Corbett National Park’ in reverence to Edward James Jim Corbett, the man behind the establishment of the park in 1957. The place was given the honor of a national park in 1936 and witnessed conservation of the land in 1868.


Jim Corbett is a home to densest population of tiger in the world that promises the sight of the big striped cat in its premises. The vast expanse of the park attracts over a lakh of tourists each year amounting a revenue of over 7.5 crore. The park boasts of an area of 521 sq. km and together with adjacent Sonanadi Wildlife Sanctuary and Reserve Forest areas, constitutes the Corbett Tiger Reserve. The park is filled with a plethora of options in Jim Corbett resorts and packages that are sure to leave you spellbound. The region is blessed with scenic landscapes that comprise of streams, rivers and ridges crisscrossing the rugged terrain. The Jim Corbett National Park is marked by a beautiful mosaic of habitats ranging from wet and dry, plain and mountainous, plain and rugged, forests and grasslands resulting in the growth of countless species of flora and fauna. The Royal Bengal Tiger and the Asiatic Elephant remain the pride of the park till date in addition to over 550 distinct species of fauna.


The park is every nature lover’s beloved spot as it is filled with Sal, Peepal and Mango trees. In fact, over 73 percent area of the park is covered with lush green expense of the forests. Jim Corbett National Park is endured with 2 main types of Safaris, namely the Jeep Safari and the Canter Safari. Thus, the place has presented vistas to the world that are still alien to other parts of India.


To facilitate tourism in and around the Jim Corbett National Park, the entire region is divided into 5 prominent zones. Every zone brings with it a different perspective of the region where tourists can catch glimpses of wildlife safari from astonishing views and distances with memories etched in their heart for a very long time. These zones are the Bijrani, Jhirna, Durgadevi, Dhela and Dhikala zones. These zones are ideal to be explored by Jeep Safari and we promise you that the experience is out of the world, no matter what zone you choose.


We, at Corbett Expert, offer the most enticing tour packages to make your visit to Jim Corbett National Park worth remembering. Explore through our wide range of Jim Corbett resorts and choose the one that matches your budgetary needs the most. We breathe every inch of the beautiful national park and believe in bringing the best of the country’s pride to you in the most feasible way possible.


How to reach Jim Corbett

The nearest city that is well accessible to Jim Corbett is Ramnagar. The city is advantageous owing to an excellent road network connected to cities like Delhi, Nainital, Moradabad and Bareilly. The national park has an excellent road connectivity with Delhi, situated at a distance of only 260 kms. The Corbett National Park is merely 30 minutes away from Ramnagar and only 15 kms away from the Ramnagar Railway station.


Moreover, Ramnagar Railway station is frequented with trains leading to cities like Delhi, Moradabad and Bareilly. Trains like Corbett Express, Ranikhet Express and Kathgodam Express and a direct train from Delhi all lead you to the beautiful world of Jim Corbett National Park.
Jim Corbett also has a decent connectivity by air. The nearest airports are Phoolbagh and Pantnagar which are around 78 kms away from the National Park. Flights are available two times a week from Delhi and Lucknow to Pantnagar, from where taxis can be availed directly to the park. 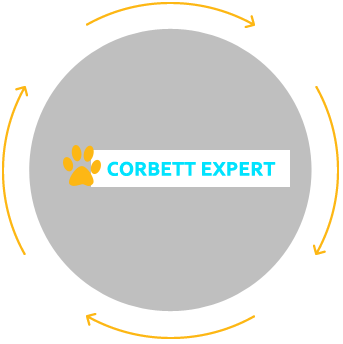 Talk to our experts and choose the best itinerary as per your travel needs in Jim Corbett national park.

Get Ready to Travel